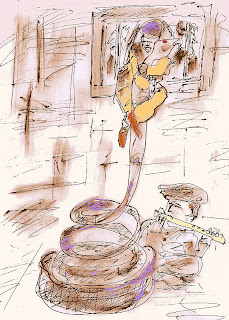 It’s a prison they’re in there’s a clue there
Guns and walls and barbed wire between
But these Taliban
Are quite clearly big fans
Of the great King of Cool Steve McQueen
Posted by anelephantcant at 07:43 No comments: 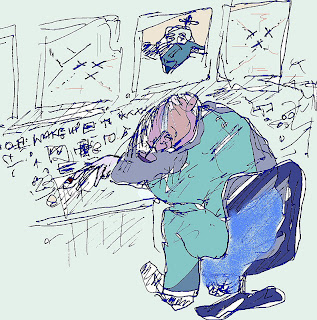 He was not too impressed by this story
Of the air traffic controller in Reno
With planes in the skies
He just closed his eyes
Had he been up all night at the casino?

As a flight was approaching his runway
He decided he’d just have a snooze
A bit of a laugh
Or a disastrous gaffe?
We would sure like to hear his excuse

What punishment is proper for this chap?
This elephant mumbles and grumbles
Send him where it is smelly
Let him put on his wellies
And make him clean up behind all the big Jumbos
Posted by anelephantcant at 03:49 No comments: 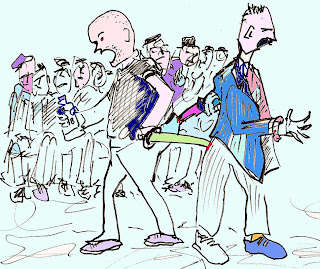 The audience will have bottles of Sarsons
Supplied free at back sword fencing matches
To amuse the crowd
They will be allowed
To splash it happily all over the scratches
Posted by anelephantcant at 04:15 No comments: 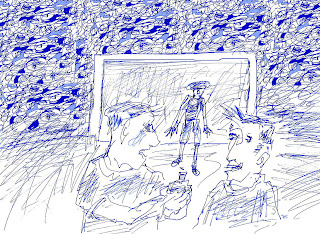 They travelled from all over Scotland
From Inverness Dalkeith and Busby
On hearing the score one wee fella cried
I thought it was next week for the rugby!

Aye we had some great players in those days
The Lawman Slim Jim and St John
But even though it is 50 years later
We remember April 15th 1961
Posted by anelephantcant at 06:55 No comments: 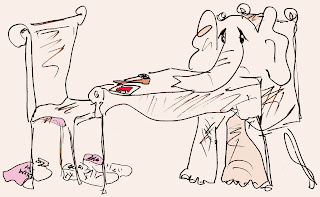 Now it’s well known that he is the talent
His partner is pretty well clueless
But that did not stop his amazement
He didn’t realise that the writer could do less!
Posted by anelephantcant at 15:26 No comments: