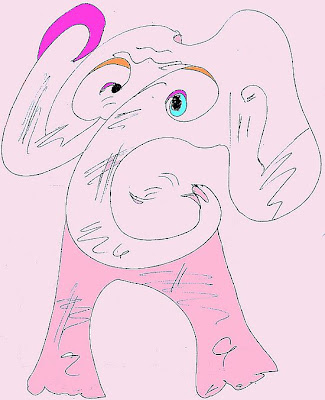 There seems to be no stopping Helensburgh’s Brian Cairnduff and Phil Burns. Their children’s book business - An Elephant Can’t - spawned waje (wall jewellery) which has just, as we reported, had a significant sales success at the recent Homes & Interiors Exhibition at Glasgow’s SECC.

Now they’ve done it again. They’re going on the road with wajefication, the next step on their road to world domination.

The pair have produced Junior waje, giving young people the chance to shuffle their own wall jewellery, creating different patterns with prints that are like heavy duty posters, on a specially developed textile base and with an innovative, movable adhesive that apparently leaves no trace on wall surfaces of any kind.

The 3 roadshows, all in Glasgow and running across the end of September and early October, will feature both waje and Junior waje. Catch them at:

Children will love these already known and loved images to play with on their walls - in colours they might have chosen.

Then, while they play and while they live with the patterns they make and revise, they are developing their visual and aesthetic skills.
Posted by anelephantcant at 07:24 1 comment: 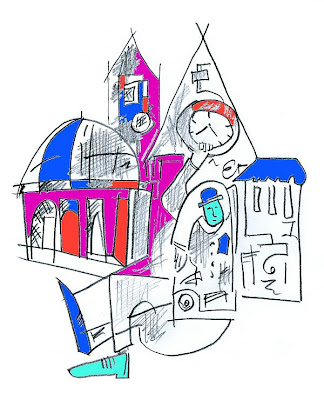 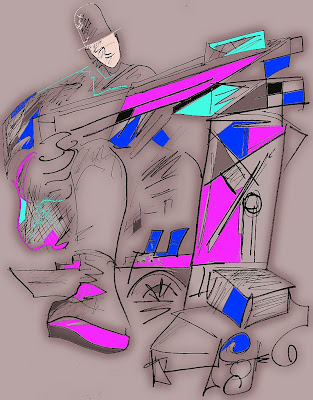 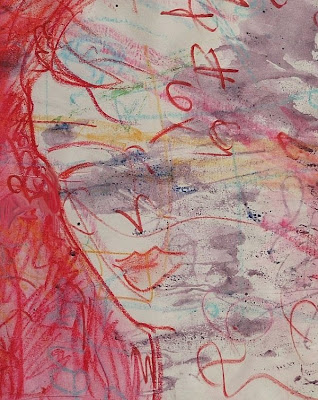 With sales far beyond expectation and wedges of moolah now in the company’s bank account, Helensburgh’s innovative business, AnElephantCant, scored a major success at the recent Homes & Interiors show at Glasgow’s SECC.
The product this time is, as we’ve reported on before - Waje - and the strapline is ‘Shuffle your Waje’. It’s a hip phrase and it’s a neat concept - WAll JEwellery. The notion is dressing your walls without breaking the bank - and creating different relationships between the artworks as you do with your clothes.
The neat trick has been the creation of a special fabric on which the artwork is printed - one taking a specific adhesive device that allows the prints to be easily moved around. What you get is art on your walls with all the unpretentious serendipity of the poster - but with more substance and durability and a system that makes swopping around and creating new combinations of the objects quick and fun.
They describe it as ‘fine art at consumable prices’ and the art in question is original material by Greenock’s Phil Burns who, with Brian Cairnduff, is a partner in An Elephant Can’t.
Cairnduff says that, with their partners Richard Fildes and Bill Laughlin of 2Canvas, he and Phil had targeted this prestigious show as a market trial for waje - wall jewellery: ‘to test whether the great Scottish public was ready for this radical challenge to how art is packaged, sold and viewed’.
It was.
Reeling from the success of their bold investment, Cairnduff admits: ‘There are now dozens of folk out there with waje on their walls. They looked, they questioned and they bought. Most people took it on board very quickly, loved the idea that you don’t need frames, glass or nails, and were intrigued by the fact that is is moveable. The waje shuffle just took off!’
He pays tribute to the 2canvas team, saying: ‘The work done by Ricky and Bill was critical to this success. The high quality and resilience of the silk-like paper coupled with the ‘magic’ no-residue adhesive was a major factor in allowing Phil’s art-work to be presented in the best possible way’.
Naturally there a few sniffs from the oxygen-thin altitudes of the Scottish art establishment. While one art expert said: ‘You guys have created a new way of selling art’, Brian Cairnduff noted that: ‘Some dealers, of course, were less enthusiastic. But I guess even an elephant can’t please all of the people all of the time’.They almost bottled it. ‘We were sitting in a cafe outside Partick station, wondering if this was a really dumb idea even by our standards. We had done some market research, of course, but mainly through people who knew us. Taking Waje to an audience of thousands of complete strangers was suddenly an intimidating prospect.
Then the teenage waitress bounced up to our table with that special vitality that characterises so much of what Glasgow is about. I looked at Phil, he was grinning back at me.
“Joie-de-vivre”, he said, “That’s what we sell and people will buy it”.
And we’re taking no bets on what’s coming down the track next. ‘Wait till you hear our next scheme’, we heard, chortling in the ether. ‘We are going on a Great Highland Tour’. Will it be Loch Ness?
Posted by anelephantcant at 03:35 No comments: