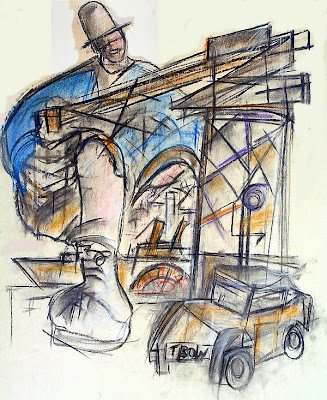 So we decided to pay a visit to the recently renovated Titan Clydebank Crane.
Easily accessible by car or public transport, this is a fun way to enjoy a glimpse into the history of ship-building on the .
From the ticket booth a courtesy bus takes us along the river to the foot of the crane.
A recorded voice, which a fellow visitor identifies as actor Bill Paterson, describes our surroundings.
At the crane there is a smart little gift shop with souvenirs and coffee.
A lift takes us to the top, from where the views are spectacular.
If you are of a slightly queasy disposition it is best not to look down at your feet, as the floor is of a lattice or open grid construction which allows you to see the ground far below! 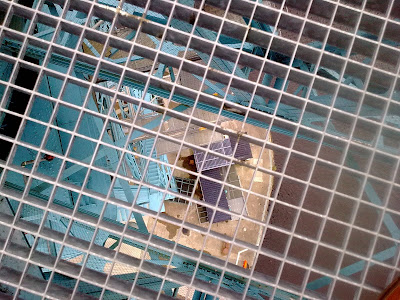 There is a guide up here – Mary, on the day we visited - who is available to talk about the history and construction of the crane, and to point out the landmarks in the surrounding countryside, but equally happy to leave you to explore alone.
This leaves her free to watch the police launch check the river banks for whatever police launches check river banks for. 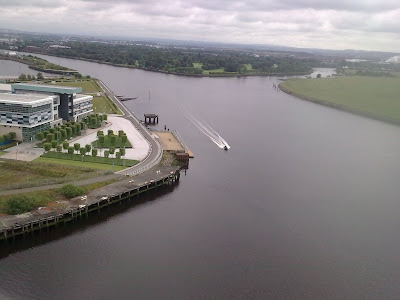 Inside the wheel-house you can inspect the machinery close-up, and view the photographic exhibition detailing the history of John Brown’s shipyard. 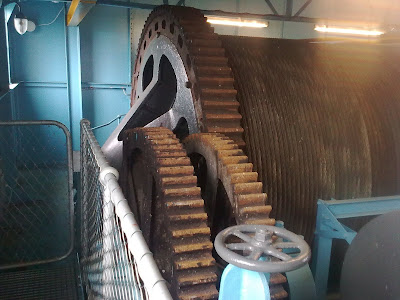 The Titan Clydebank Crane is a 150 foot high marvel of Scottish engineering.
It sits on the north bank of the River Clyde, in the town of (hence the name!) and lies about half-way between city centre and Dumbarton.
The crane was built by Arrols of Dalmarnock, , in 1907 for John Brown & Company Ltd, Clydebank Engineering and Shipbuilding Works.
It is the oldest crane of its type in the world. 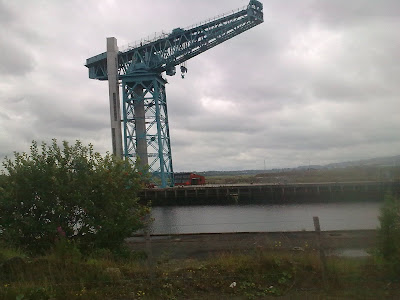 Technical Stuff
The cantilever is 240 feet in length, the long arm being 150 feet and the shorter one 90 feet.
It sits on a tower of four columns pitched 40 feet apart at the base and tapering to 35 feet at the top, and revolves on a live-ring and steel rollers 124 feet from the ground.
The Titan was equipped with two hoists.
The main hoist could lift loads up to 150 tons, and operated at very slow speeds – maximum 5 feet per minute.
The auxiliary hoist handled loads up to 30 tons, at much increased speeds.

In the 1950’s a high speed 5 ton ‘jigger’ hoist was added.
The Titan was electrically powered throughout, although at that time steam-powered cranes were still being built.
Electricity meant that the crane was entirely controlled by one man, the driver, although a ‘greaser’ also worked on it, keeping the machinery fully lubricated.
The foundations consist of 4 steel cylinders each 10 feet in diameter, but belled out to 13 feet at their base.
They were sunk to a depth of 75 feet. 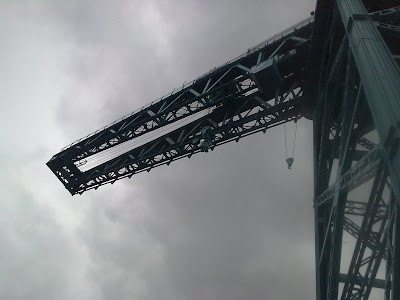 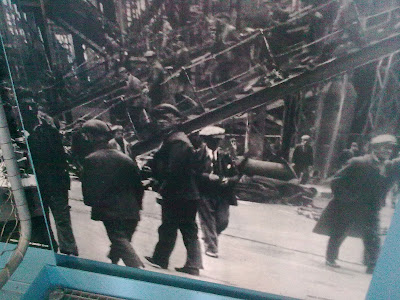 The Views
The crane provides a fascinating insight to the historical significance of ship-building on the River Clyde, as well as panoramic views to Dumbuck Quarry in the west, the Kilpatrick Hills to the north and , the Airport and the River Cart to the east and south. 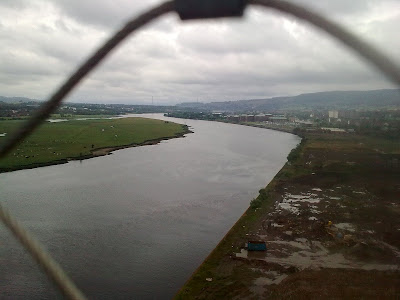 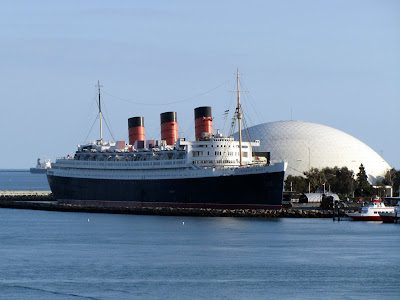 
As a point of interest, immediately prior to the acquisition of the Titan, John Brown in 1906 launched RMS Lusitania.
This record-breaking ship was en route from to when it was sunk by German torpedoes in 1915 with the loss of 1,198 lives.
Public outrage on both sides of the meant that this was a major influence on the ’s decision to enter WW1. 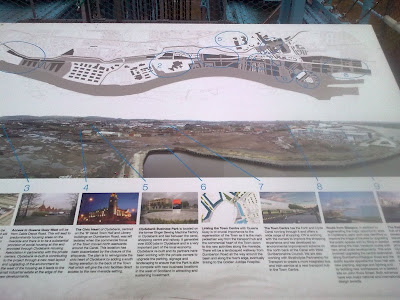 In 1941 the shipyard was targeted by the German Luftwaffe.
The blitz of 13 and 14 March largely destroyed the town of , causing the worst destruction and civilian loss of life in all of .
Records show that 528 people died, 617 people were seriously injured, and hundreds more were injured by blast debris.
The shipyard escaped any serious damage.
4,000 houses were completely destroyed and 4,500 severely damaged, leaving over 35,000 people homeless.
Out of a total of 12,000 houses, only seven remained undamaged.
Attached is a map showing the damage caused on those dreadful nights. 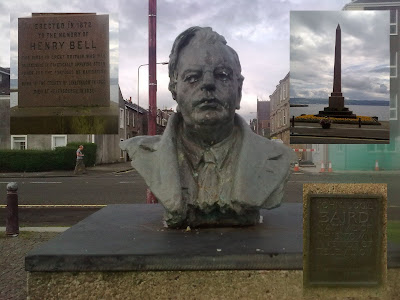 
Note: This is in no way an exhaustive list, just some personal favourites. Apologies in advance for any omissions. 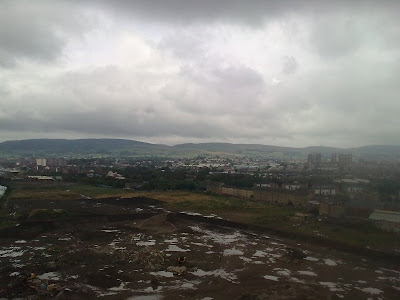 
In 1972 the shipbuilding era came to an end.
The regeneration of this area is now, at long last, underway.
This visit was inspiring and saddening, but most of all thought-provoking.
A unique insight to , past and present.
Well worth a look when you have a couple of free hours.
Posted by anelephantcant at 06:48