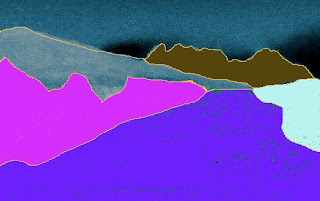 And now for something completely different - a book review and a criticism of school-teaching in the 60's.

I have just finished reading Sunset Song by Lewis Grassic Gibbon. This was recently voted 'The Best Scottish Book of All Time'.

Now, this is a considerable accolade, given that classic Scottish authors include Sir Walter Scott, Robert Louis Stevenson, Sir James Barrie, Sir Arthur Conan Doyle and many others. More recently we have Alasdair Gray, Muriel Spark and George Mackay Brown as well as the popular Banks, Brookmyre, Rankin, Kennedy, McCall Smith and a million others.

It is a work of art and a thing of great beauty.

It tells the tale of life in rural Scotland during the first 20 or so years of the 20th century.

It is funny, it is sad, it is stunningly real.

It is beautifully written, and an intriguing tale.

I found myself caring for the characters as I did for those in Steinbeck's Grapes of Wrath, willing them to survive their hardships, hoping for their survival, praying for their happiness.

We follow Chris Guthrie from when she is a young girl, through her teens, marriage and widowhood.

She is one of the great heroines of modern literature.

If you have not read it, please do.

I say I have just finished reading this book, but I should say 're-reading', as I first came across it at school in the 1960's.

I went to Ayr Academy, a very good public (which in Scotland actually means public i.e. NON-fee-paying) school, prior to the Comprehensive fiasco a few years later. I then went on to Glasgow University, so I was not an academic illiterate.

I have no fond memories of Sunset Song from then - actually no memories at all, except that it was a prescribed work.

But then Shakespeare at school was also a chore, a dull, unpleasant, unentertaining bore.

I love Shakespeare on stage, so why was his work not presented to us in that way?

Do teenagers today face the same deadly approach to our literary heritage?

Or was it different in your school?

I love books, as I am sure many of you do.

I can be enthralled by the intellectual stimulus of Hermann Hesse, the understated story-telling of Kent Haruf, the beautiful writing of Sebastian Faulks or the exciting roller-coaster thrills of the too-close-to-truth Stieg Larsson.

But I learnt this pleasure from my father, not at school.

I would like to think that things have improved in the last 40-odd years, but is this the case?

Or are we still failing our children?

Posted by anelephantcant at 05:10