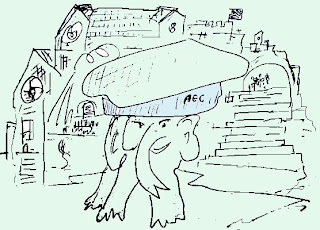 The colleges will be sold to buy play dough
And we will have to retrain all the workers
AnElephantCant
Predict what they’ll want
But why not Holyrood - or maybe the Circus?

* * *
Bertrand Russell said: "After pupils have left school they will be incapable .. of thinking or acting otherwise than their schoolmasters would have wished."