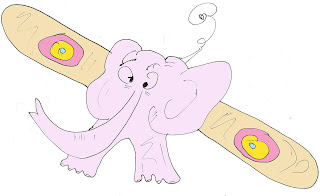 AnElephantCant quite grasp the concept

Of solar power (because he’s a Scot)
Water power is just fine
Wind doesn’t blow his mind
But the shine from the sun? He thinks not

The Swiss have a solar-powered airplane
They think can do a 24-hour flight
We are happy they say
It will fly through the day
But won’t there be a problem at night?

AnElephantCant claim to be expert at flying
(Any jokes about Jumbos you’re thumped)
But if the power goes off
While the plane is aloft
Won’t it come back to earth with a bump?

Now the Swiss make great watches and chocolate
And on mountains they are expert on skis
But try as they might
This plane won’t fly at night
They might as well make it of cheese!
Posted by anelephantcant at 08:05